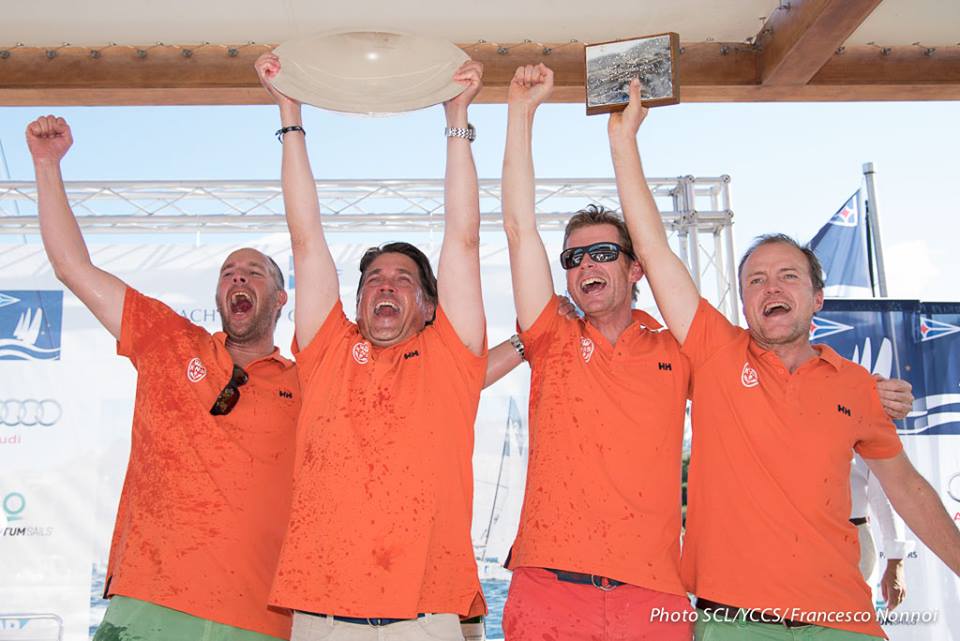 After three days of racing, a range of challenging sailing conditions and a host of social events, the Royal Norwegian Yacht Club (Kongelig Norsk Seilforening -KNS) has been crowned victor of the Sailing Champions League 2015 and claimed the title of “Best Sailing Club”. Second place went to the home team representing the Yacht Club Costa Smeralda and Russia’s Yacht Club Navigator took third place. The event –  held from 18th to 20th September in Porto Cervo, Sardinia – played host to 30 top sailing clubs from across Europe.

The final day of racing brought a change from the strong mistral breeze that teams had faced over the previous two days. As the wind moved to a more northerly direction and turned lighter and more shifty those competitors who thrive in light airs had a chance to shine in today’s 12 races. There was little hope, however, of ousting the reigning KNS team who deservedly held on to first place thanks to seven victories and two second places out of 10 flights raced.