In an incredible turnout of 51 Killing boats, Baghdad team members could be found everywhere in the fleet. 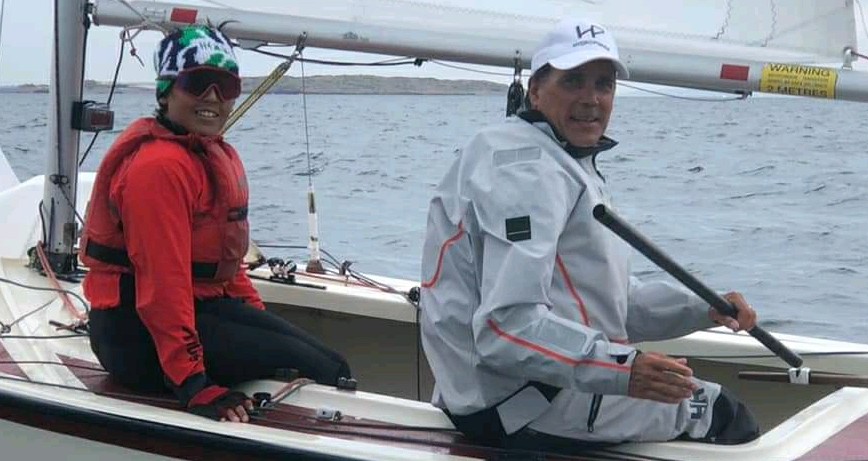 We were very satisfied with our racing and had a great few days. Anette and Magnus were just unstoppable and with their superior speed, there were not much more we could have done, says Kristoffer.

Further down the list but still high up in the overall ranking with a 12th place, we find another father/son team with Pella and Kristen Horn Johannesen.

Racing was just great! With a record fleet of boats and beautiful but challenging conditions having 6-15 knots and occasionally big seas, one just have to be happy. The only regret is our Black flag disqualification in Race 7 but these things happens in such a big fleet, says Kristen.

Same faith happened to the third father/son combo Kristian and Kalle Nergaard but this time twice!

Yep, no excuses there. Not only twice but twice in a row! Hopefully I have not filled my annual quota of BFD as I instead looking forward to next week’s Gold Cup and Worlds in 5.5 meter, concludes Kristian with a touch of equanimity.