The final of the Sailing Champions League returns to Porto Cervo for the third consecutive year. Having qualified in their respective national leagues, 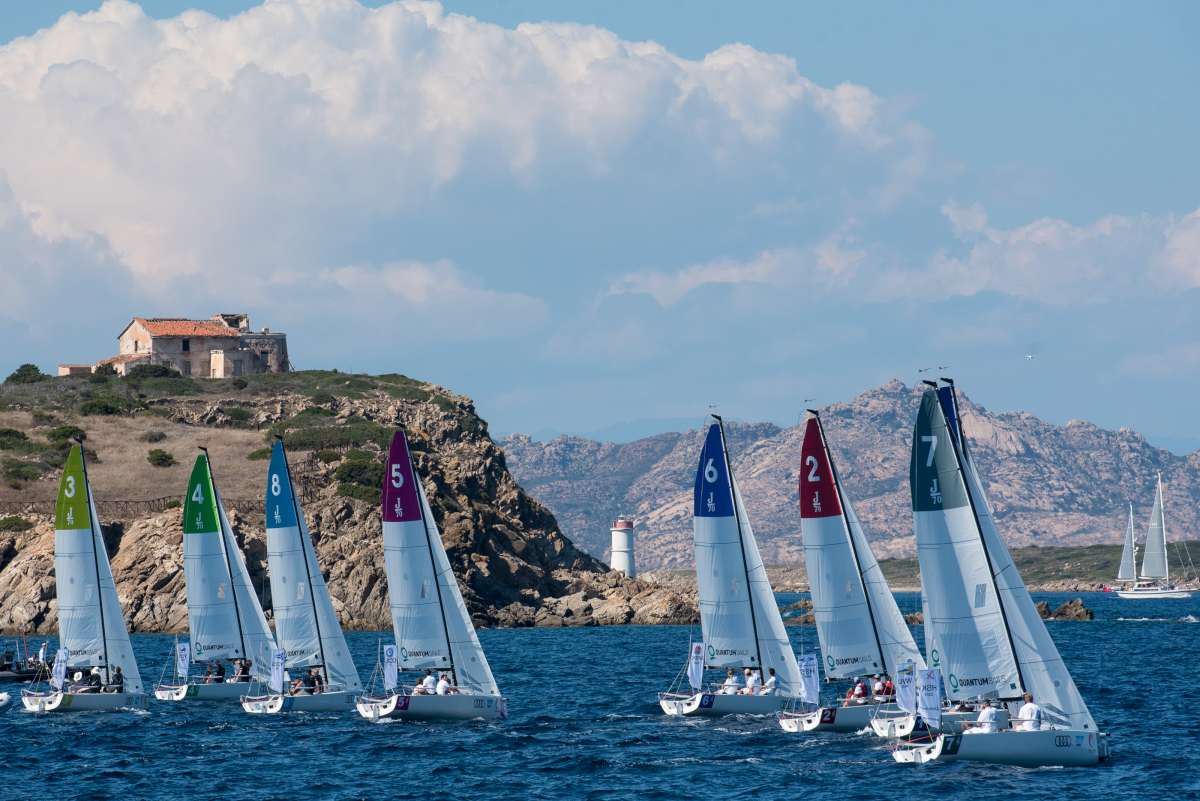 the event sees more than 30 top teams from across Europe competing aboard the YCCS fleet of J/70 boats. Racing will take place from 23rd to 24th September and each team’s tactical ability will make the difference during a series of fast-paced races.

Team Baghdad is represented by Kristian Nergaard, Trond Solli Sæther, Espen Stokkeland and Erik Kongshaug. The same crew constellation comes from a recently won Norwegian Championships in the Express class. Even though the team does not sail a J70 regulary, there are still high hopes for a good result having a lot of experience in the similar Melges 24 class.

Two years ago, Team Baghdad won this event with a different crew. It will be very exciting to see how the present crew performs. After the first day of racing, it lies on 13th place but the overall scoresheet reveals that it is very tight between the teams. Everything is up to grabs and anything can happen in the two remaining days. The next days shows a micture of light to medium breezes.

Results can be found here.